Three CU scientists are recognized at the science and technology awards

Professor Tibor Katriňák from the Faculty of Mathematics, Physics, and Informatics received a Lifetime Achievement Award for his contribution to the formation of the Bratislava Algebra School. He is one of the most prominent Slovak mathematicians who entered the research scene in the 1960s. In his scientific work, he has mainly focused on set theory and universal algebra.

Professor Michal Mego from the Faculty of Medicine received an award for translational research in oncology. He works as a university professor and specializes in clinical and experimental oncology.

Lukáš Plank from the Jessenius Faculty of Medicine in Martin was awarded for his innovative work in the field of biopsy and the molecular pathological diagnostics of oncological and haematological diseases, which is important in the personalized treatment of patients. He is a university professor and the Head of the Institute of Pathological Anatomy. 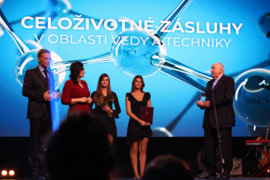 A Lifetime Achievement Award in Science and Technology - Tibor Katriňák 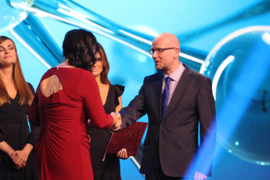 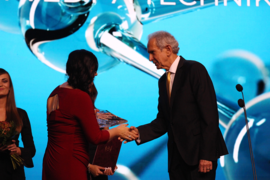