A professor’s lecture: From Leonardo Da Vinci and Albert Einstein to angiology

As part of a series of university-wide lectures, a lecture entitled "Angiology in the Context of the One-Hundred-Year Existence of the Faculty of Medicine of Comenius University", given by Comenius University vice-rector Viera Štvrtinová from the Faculty of Medicine, took place on Wednesday, 6 November 2019. In her research, the professor specializes in vasculitis, which is the inflammation of the blood vessel wall, and chronic venous disease.

Medicine is both a science and an art. "Medicine is the art of correct and quick diagnosis, correct and good treatment, and the art of satisfying the patient and explaining his diagnosis. Medicine must be a science, but one that is connected with philosophy," says Professor Štvrtinová. Angiology is a branch of internal medicine that deals with the diseases of the vascular system. The founding personality of Czech and Slovak angiology was Bohumil Prusík. Angiology monitors vascular, arterial, venous, and lymphatic system diseases. It deals with diagnostics and conservative therapy, because the surgical part is in the hands of vascular surgeons. Inflammation is the most common cause of vascular disease. In recent years, the knowledge of the mechanisms of inflammatory reactions has increased significantly. Inflammation is believed to be a pathogenetic component of the vast majority of infectious, autoimmune, allergic, rheumatic, neuro-degenerative, and vascular diseases as well as tumours. Professor Štvrtinová pointed out that inflammation was our lifelong guide and a good servant but a bad master. In addition to defensive inflammation, there is inflammation that is known to cause damage which can cause diseases such as atherosclerosis and varicose veins.

Professor Štvrtinová placed her lecture in the historical context of the establishment and running of universities, such as the first universities in what is now Slovakia – Universitas (Academia) Istropolitana, which was founded in 1465; the Medical Faculty of Trnava University; and the Royal Hungarian Elizabeth University, which featured two Nobel Prize laureates. In just a few days on November 11, it will be exactly one hundred years since this university adopted the name “Comenius University”. Its first faculty – the Faculty of Medicine – was officially opened on 9 December 1919 by the Czech physician, Professor Kristián Hynek, who was also the university’s first rector. Lessons began in what is today's Old Town Hospital.

Professor Štvrtinová ultimately stressed the importance of philosophy and communication, especially in the training of medical students: "We need to focus on synthesis in addition to analysis, so that because of a thorough analysis of each snowflake we do not miss the synthesis and beauty of snowy nature." According to her, doctors should talk to patients more and listen. The lecture was also in the spirit of thinking about the busy times of the present, where we cannot enjoy the little things in life or indulge in the simple joy of knowledge. 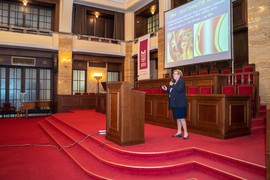 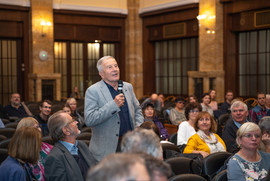 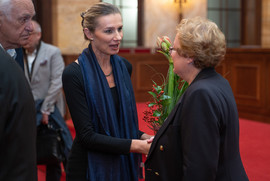 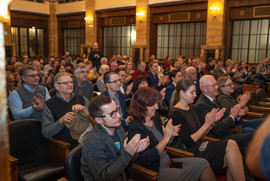