Bratislava, 22 March 2019: Large and costly machines may be replaced by the S-Case medical technological device, which is the size of a mobile phone and which will be able to measure multiple physiological functions in people without the presence of medical personnel. Five students from Comenius University in Bratislava and the Slovak University of Technology are involved in the development of this technology.

The development of medical devices is a complex and demanding process that requires both medical and technical knowledge and skills. Students from Comenius University's Faculty of Medicine and the Slovak University of Technology's Faculty of Informatics and Information Technology and Faculty of Architecture have joined forces and developed a device which is the size of a smartphone and which can replace several medical devices at once.

All of the values from different S-Case sensors are entered into the device's system and then analysed. The results are then provided by the device in an audiovisual form. “The device can be connected to a mobile phone and the telemedical data can be sent with one click to a doctor's mobile phone or computer even thousands of kilometres away,” says Martin Pekarčík, a medical student at Comenius University.

One of the S-Case's features is an electrocardiograph (ECG) which measures the electrical activity of the heart. The device also has an oximeter, which measures oxygen saturation in blood. There is also a thermometer for measuring the internal body temperature as well as the environmental temperature. Other features include a glucometer, heart rate monitor, and blood pressure monitor.

“The S-Case will be useful for doctors working in developing countries in Africa and Asia, or in refugee camps for the rapid diagnosis of large numbers of individuals. It will also serve as an educational aid at secondary schools specializing in health care and at medical faculties,” says Martin Pekarčík.

The students behind the device include Martin Pekarčík and Paulína Polakovičová from Comenius University, and František Kudlačák, Denis Capkovič, and Ján Forgáč from the Slovak University of Technology alongside their manager, Slavomír Hruška. They have been working alongside doctors in developing countries to develop the device and are eager to welcome more people into the team who can contribute to the development of this ambitious medical and scientific project in technical and other areas.

“I am extremely pleased that these students have won several competitions with this project, including the Youth Embassy, Slovak University Startup Cup, and Slovak Playpark. They came second at the European Playpark Finals in Venice and were the only Slovak representatives at the 2018 University World Startup Cup in Copenhagen, where they competed against 65 other startups,” said Marek Števček, the Rector of Comenius University in Bratislava, with some pride. Martin Pekarčík was awarded an Academic Mention by the rector in recognition of his work on the S-Case. 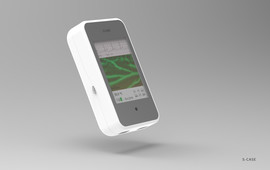 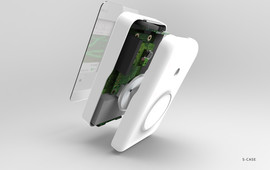